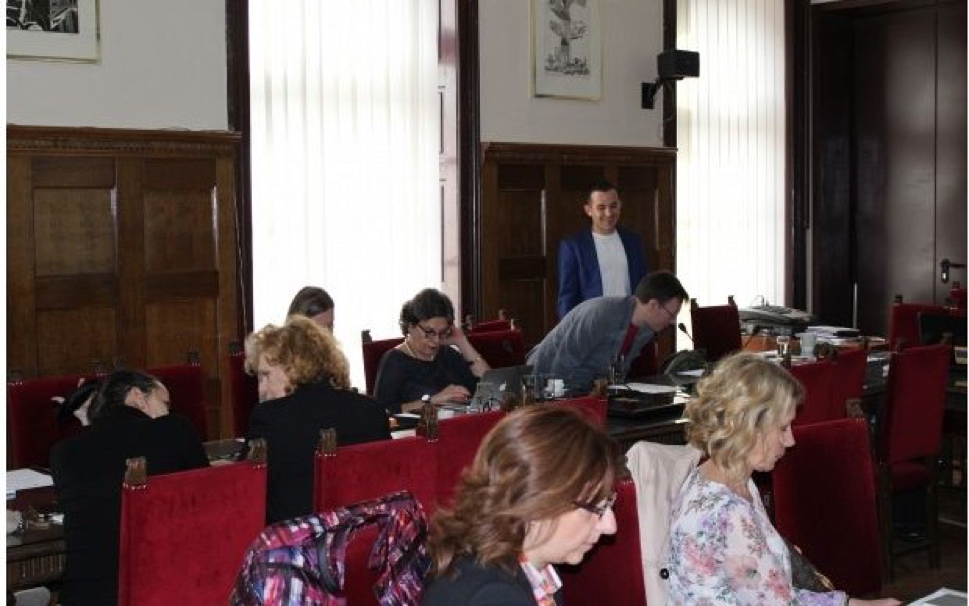 On June 1st 2018, the second Institutional workshop for the members of the University of Belgrade within the Horizon 2020 TARGET Project was held in Belgrade. The workshop included the presentation of current phase and next steps to the targeted (selected) members of the Community of Practice.

Drafting and adopting the gender equality plan. Also, along with the two other target team members, Vladimir Markovic and Vladimir Mikic, the vice-rector repeated some of the main conclusions from the Gender Equality Audit conducted previously and presented the future steps in drafting and adopting the first Gender Equality Plan at the level of University of Belgrade.

Gender inequality in academic contexts. Significant part of the workshop was dedicated to present members of the Community of Practice, representatives of each of the four faculty groups (social sciences and humanities, medical sciences, sciences and mathematics and technology and engineering sciences), sharing their experience with gender (in)equality in their academic contexts.

Gender equality plans. One of the participants was Aleksandra Drecun, the President of Harvard Club of Serbia, member of two EC DG Research and Innovation Horizon 2020 Program Committees. Her experience with implementation and monitoring of gender equality plans was very valuable for the group discussion that was mainly focused on the activities set in the first draft of the Gender Equality Plan, previously shared with all the participants.

Next workshop. The date of the next Institutional Workshop will depend on the implementation of the activities set in the Gender Equality Plan and will be agreed upon later.