“Sexual harassment is an epidemic throughout global higher education systems” – with these words Bondestam & Lundqvist(2020) start their systematic review on sexual harassment in higher education. Sexual harassment can include, but is not limited to, unwelcome touching, hugging or kissing; sexually suggestive comments, cartoons or jokes that offend others; indecently exposing oneself to another person; sexually explicit emails or text messages that offend the recipient(s); sexually explicit pictures, photos or gifts that offend someone; making other people watch or look at pornographic material against their wishes. Every second woman (55%) in the EU has experienced sexual harassment at least once since reaching the age of 15. However, of those women who do talk to someone about the incident, 66 % confide in their partner, friends or family. Only 10% of them talk about it with colleagues or their supervisor, and only 4 % contact the police.

Sexual harassment is one of the topics that deeply concerns the TARGET project. On 20th of May we organized a co-creation workshop to discuss how to deal with it in the context of Gender Equality Plans (GEPs). The aim of the workshop was threefold:

1. To establish an overview of the current state of discussion and research on sexual harassment in academia;

2. To discuss possible ways to locate sexual harassment policies in the context of GEPs;

3. To discuss concrete questions of TARGET implementing partners which arise in the context of developing or further developing sexual harassment policies.

The first two inputs of the workshop were made by Anke Lipinsky, senior researcher at the Centre of Excellence Women and Science at GESIS (Germany), and Louise Morkey, Director of the Centre for Higher Education and Equity Research at the University of Sussex (UK). They stressed that sexual harassment and gender-based violence are globalised, not localised. Sexual harassment poses serious problems in research institutions, such as being actual and symbolic violence, creating hostile/toxic learning and working environments, and naturalising hierarchical and gendered power relations within universities into a sexual contract. Among the most vulnerable groups to sexual harassment we find young women, early career researchers, internationally mobile researchers, minority groups and women in leadership positions. Concerning the reasons for inaction and underreporting, one can find shame, fear (e.g. victimisation or stigmatisation) and doubt (e.g. lack of confidence in procedures). Indeed, sexual harassment constructs “victims” as unreliable narrators, and denies injury. All these mechanisms can lead to silence, normalisation and tolerance of sexual harassment.

Following these inputs, the workshop was divided into two breakout sessions treating specific cases. One case is the Fondazione Regionale per la Ricerca Biomedica (FRRRB), an Italian funding institution in biomedical research. Given their funding role, they have particular interest in the cascading effects that their implementation of an anti-sexual harassment policy could have. Here, Anke Lipinsky recommended the creation of two parallel structures. The first is an informal procedure that assigns a set of trained people as contacts for people who feel harassed. Their role is to provide informal advice and consultation. The second is the official procedure that is in place. Also, Anke Lipinsky recommended involving relevant actors (e.g.,hospitals, academic organisations) in a policy discourse about such an informal structure.

In another breakout workshop the case of the University of Belgrade (UB) was presented, where only 3 Faculties out of the 31 of the UB have, at present, adopted specific policies in relation to the protection from sexual harassment. A good practice is the “Rulebook Against Sexual Harassment” implemented in 2014 at the Faculty of Political Sciences. The rulebook clearly defines what constitutes sexual harassment and the penalties that are foreseen for such actions. Penalties are also envisioned for students who try to misuse the policy. In 2019, following a case of sexual harassment, the Faculty of Philosophy also made its rulebook. Here one of the issues with the document is that there is a statute of limitation for reporting sexual harassment. Also, a declaration of confidentiality must be signed. For the UB’s case Louise Morley stressed the fact that it is particularly important for institutions to respond correctly to the very first complaint. The people assigned as contacts must have the necessary authority, be specifically responsible for handling such complaints and have been trained in vulnerability, trauma, safe space, etc. After being sexually harassed, people are often in shock and do not realise what has happened. Later they feel strong enough to report the incident. She suggested working with the complainant to determine who, from his/her point of view, needs to be included (organisational members, police, etc.) in the mediation and who should be questioned. In addition, it must be ensured that the complainant must require spending as little time as possible contributing to the clarification (minimalist approach). Additionally, it should not be forgotten that incidents of sexual harassment can frighten not only the actual victim but also the environment.

The third session of the workshop hinged around cyberbullying at university and was provided by Wanda Cassidy, Professor at the Faculty of Education and Director of the Centre for Education, Law and Society (CELS) at Simon Fraser University in Canada. Cyberbullying employs information and communication technology to convey language and/or images that can defame, threaten, harass, exclude, discriminate, demean, humiliate, stalk, disclose personal information, and/or contain offensive, vulgar or derogatory comments. Cyberbullying is intended to harm or hurt the recipient and is related to the exercise of power of control, working through isolation, emotional abuse, intimidation, or coercion or threat, among others. A recent study conducted at four Canadian universities indicated that around 25% of students and faculty members experienced cyberbullying in the past 12 months. Among these, females report more negative impacts. Also, males more often are perpetrators. The study also shows a high degree of underreporting due to issues such as fear of retaliation or that the situation would escalate, or lack of awareness of policies, among others. Furthermore, of those who did report, they were unsatisfied with the results. 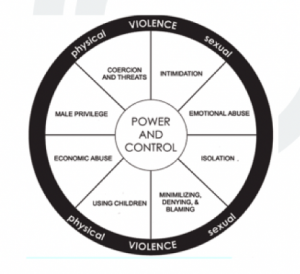 Among the needed solutions, outside the university these include laws at the government level (a tool of last resort), and greater responsibility of technology companies. In the university context, solutions include strong anti-cyberbullying policies developed collaboratively, education and awareness, more support for victims, develop a kinder university culture, find ways to reduce or eliminate anonymity on university sites, peer to peer support, conflict de-escalation training, and expand the role of the Ombudsperson. Wanda Cassidy mentioned the need to blend top-down with bottom-up initiatives. However, research shows that universities generally do not have specific policies related to cyberbullying. Instead, they tend to have regulations on student conduct and behaviour, and perhaps on face-to-face bullying, while neglecting to address the digital world. She believes that one factor may be generational; university administrators tend to be older and did not grow up in this digital world. According to her, for tackling cyberbullying we need to tackle broader educational problems. We should ask ourselves what kind of society we want. We are more and more disconnected and isolated. How do we bridge and create a more caring society?